Ah, NFTs. Unless you’re living in some cave, you should be pretty familiar with the term. More up to date folks out there may even own one, and have probably paid a hefty amount in exchange. The sheer amount of excitement and speculation surrounding NFTs, and blockchain technology in general, is quite remarkable. It all seems like it popped into existence out of nowhere, and decided to take the world by a storm. Well, that’s mostly true actually; but as the title suggests, we’re here to address the “popped into existence out of nowhere” part.

First things first, for our fellow cavemen reading, we need to start with the basics: what is an NFT anyways? Well, NFT stands for Non Fungible Token; let’s break that down bit by bit. The word “fungible” is an economist’s fancy way of saying “interchangeable”, granted it’s a bit more specific. Some examples of fungible stuff are money bills, commodities, and even bitcoin, since 1 bitcoin is completely equivalent to another. Non-fungible items on the other hand include land, pieces of art, and that one t-shirt you’ve grown attached to over the years. So, essentially, these non-interchangeable digital tokens are used to represent various items, ranging from digital art to real-world tangible assets, acting like certificates of ownership.

“But how can you prove the ownership of a digital token?” I hear you asking (you probably aren’t but let’s pretend that’s the case). Well, this is where the infamous blockchain comes into play. Simply put, the blockchain is a digital ledger, where transactions are recorded and managed, like a bank in some aspects. Where it differs from banks is that the whole operation is decentralized, meaning there’s no central authority that  governs it. Instead, this ledger is available publicly, and everybody has a copy of it, on which they record all transactions happening. The system relies primarily on consensus to verify and track transactions on the blockchain, implementing various methods to ensure that the operation is as fraud-proof as possible.

The result? A digital ledger that nobody can alter and everybody can see; quite neat if you ask me. This technology isn’t limited to transactions of cryptocurrency either; it can be used to store tokens of assets. Since the entire thing is publicly available, it’s easy to verify and track the ownership of any given token, and that’s how NFTs became a thing. Today, the main blockchain used for NFTs is called Ethereum, which was one of the early blockchains to be specifically optimized for NFT applications.

Of course, that was a greatly simplified explanation. There’s a lot more nuance to how it all works that we won’t be diving into here. That being said, I highly recommend going through some of the theory behind it, it’s really that fascinating. You can even get into the world of NFT business yourself, using a software like NFT Generator to build your collection of 10,000 NFTs with relative ease.

Despite having that 2021-ish vibe, NFTs have been around for a considerable amount of time. In fact, their origins date back to as early as 2012. So, fasten your seat belts, we have quite a ride ahead of us.

The first instance of an idea resembling NFTs was in late 2012, in a paper written by Meni Rosefeld, going with the name “Colored Coins”. These colored coins were to be issued on the Bitcoin blockchain, and were like regular bitcoins in a lot of ways. Except, there was a catch; they could be used to represent a multitude of assets on the blockchain, and prove the ownership of said assets.

How is that different from NFTs? You see, the thing is (other than the fact that colored coins can be used as regular bitcoin), the value associated with a colored coin is only valid with everyone’s agreement, which makes the system pretty susceptible to failure. Besides, Bitcoin infrastructure was never designed with this kind of applications in mind, making colored coins inherently inefficient, with no viable alternative blockchains at the time. Nevertheless, colored coins played a vital role in laying the groundwork for future tinkering with the technology, ultimately leading to NFTs as we know them today.

Up next, in 2014, comes Counterparty. A peer-to-peer financial platform and distributed, open-source Internet protocol built on top of Bitcoin blockchain. Put in a less convoluted way, Counterparty is a platform that allows individuals to exchange and create digital tokens and currencies in a decentralized manner, implementing their protocol on Bitcoin blockchain. It came with plenty of ideas and projects, which in turn really did stimulate growth in the field.

2015: Spells of Genesis on Counterparty

One of the direct consequences of Counterparty was the introduction of blockchain tech into the gaming world. In April 2015, Counterparty established a partnership with EverdreamSoft, a game development team, to make the first ever blockchain-based mobile game, named “Spells of Genesis”. In order to provide funding for the game, the creators launched their own token, called BitCrystal, which will then be used as an in-game currency.

Sidenote: This was also the year of creation of the Ethereum blockchain platform.

From the gaming world to the meme world, these were quite a couple of years for blockchain tech. The star of the show now is your favorite frog, Pepe the Frog.

In October 2016, Pepe the Frog made his debut in Counterparty, when people started to make “Rare Pepe” memes as assets on the platform. Backed by a huge fanbase, Rare Pepes were extremely popular at the time, and were traded widely across the internet. It’s worth noting that Rare Pepes provided artists around the world with the first real chance to submit and sell their own digital artwork. Also worth noting, since colored coins, Rare Pepes were as close as you can get to actual NFTs being traded online.

Remember the main problem that colored coins faced? That “Bitcoin infrastructure wasn’t designed with NFT applications in mind” thing. Well, it’s still here, but not for long. Unlike 5 years ago, now there’s a handful of alternative blockchains. The one that managed to hit the jackpot was Ethereum, with its great support for NFT creation and deployment. Gradually, Ethereum became the main home for NFT-ish assets, like Rare Pepes, and soon, actual NFTs.

When I said soon, I meant REALLY soon. Probably inspired by the rise of Rare Pepes, two technologists, John Watkinson and Matt Hall, decided to start a project. The goal: to create 10,000 unique characters on Ethereum blockchain, no two characters will look the same. The project went with the name “Cryptopunks”, and was launched in June of 2017. Cryptopunks were the first, real deal NFTs, and – get this –  they were sold for… absolutely free! See, the words “NFT” and “free ” don’t exactly match, but John and Matt actually did it. Today, Cryptopunks NFTs sell for MILLIONS; now that’s a bit more believable isn’t it?

Still continuing with the newly emerging NFT hype, and still in 2017. Enter “CryptoKitties”, a blockchain-based virtual game that allows players to adopt, breed, and trade virtual cats using Ethereum. It doesn’t take a genius to predict that this is definitely going to explode in popularity, and, well, it did. These little kitties made headlines in CNBC and Fox News, and were single-handedly slowing down the entire Ethereum blockchain.

Finally, we’re here (well, almost). In this period, the NFT ecosystem has grown massively. What was a somewhat niche market for tech nerds is becoming more and more mainstream with each day passing. Several platforms have emerged providing different blockchain related services, which really makes life easier for newcomers and veterans alike. Huge marketplaces were established, with OpenSea being the biggest and most notable of the bunch. Less known blockchains such as Cardano, Solana, Tezos, Flow, etc. are striving to get in the game with their own versions of NFTs.

In 2021 specifically, the hype simply skyrocketed. In conjunction with other fancy new stuff, like the Metaverse, NFTs took the world by storm. They were literally everywhere, and in most cases, associated with astronomical numbers. Beeple’s EVERYDAY: THE FIRST 5000 DAYS, Bored Ape Yacht Club, Cryptopunks, the first tweet on Twitter, and the list goes on. NFTs were being made out of music, basketball highlights, memes, and who knows what’s next. If I were to describe 2021 in one sentence, it’d probably be “NFTs go brrrr”.

Now that our journey to the past is over, what do we have to say regarding what lies ahead? As we’ve seen, through a lot of experimentation, trial and error, NFTs are starting to finally take shape, and in turn, shaping the world with them. The market is gradually becoming more and more accessible for a wider range of people, via platforms like Mintable, pieces of software like our humble NFT Generator, and numerous others. Blockchain technology may indeed be the future, but all of this is in the realm of speculation right now. That being said, one thing I’m sure of is, NFTs are here, and they’re here to stay. 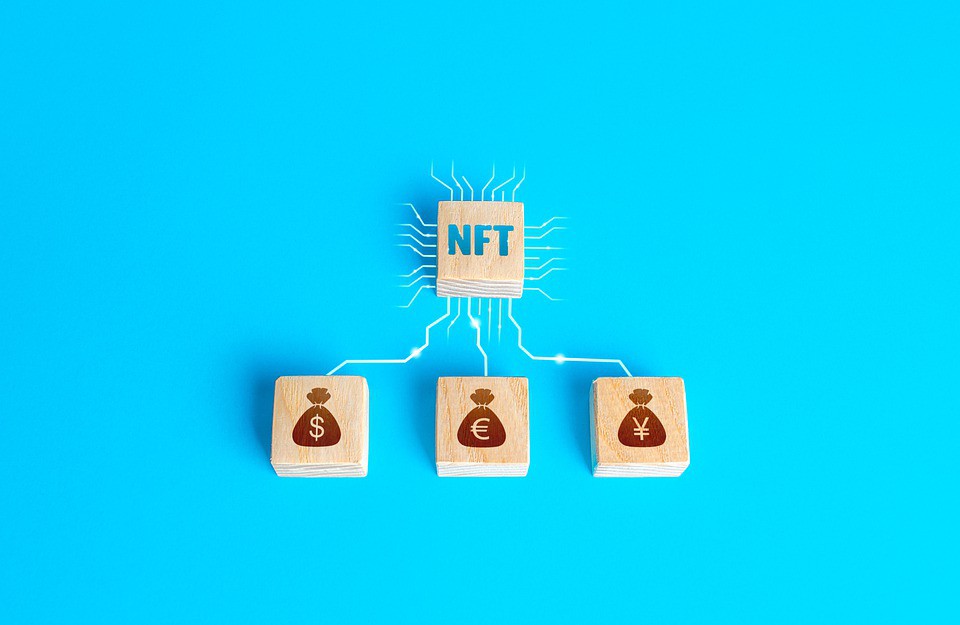 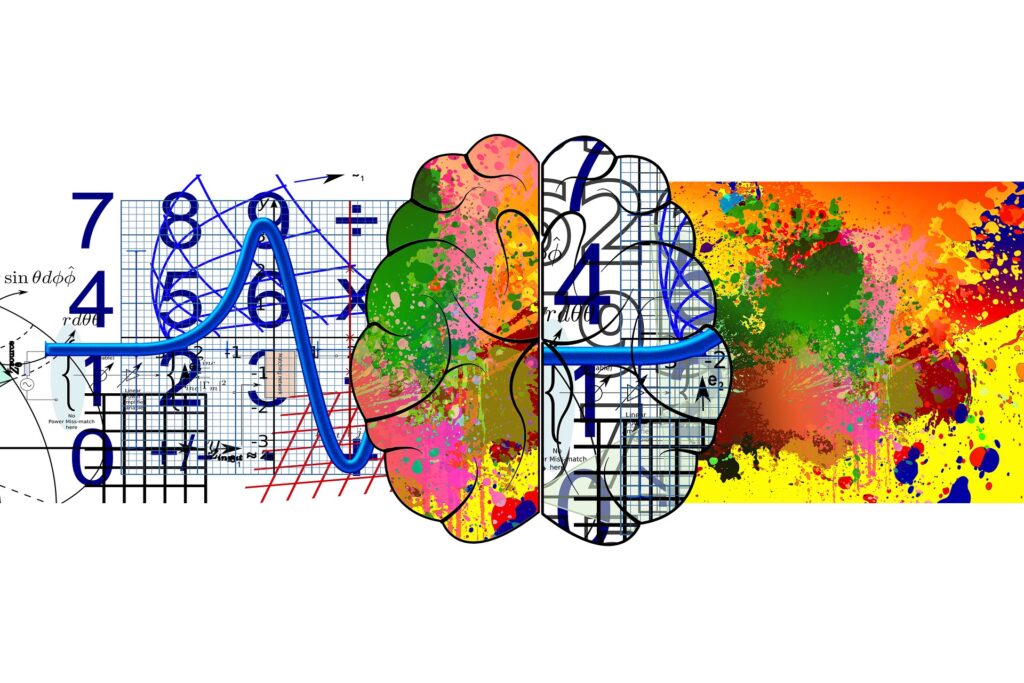 1 thought on “A Sneak Peek at the History of NFTs”